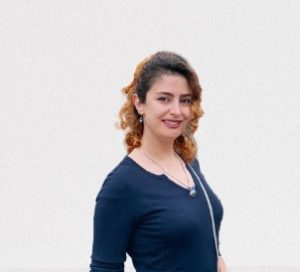 Eng. Nastaran Esmaeilpour Zanjani, since January 2022 is a Ph.D. candidate in “Design, Modeling, and Simulation in Engineering”, XXXVII cycle, at the Department of Civil Engineering and Architecture (DICAr) of Pavia University –with a scholarship funded by PON, and collaborates with the Urban Project Laboratory (UPLab), whose director is Professor Roberto De Lotto.

She obtained her Bachelor’s degree in urban engineering (including urban planning and urban design) in Iran. She got her first master’s thesis in Regional Planning about disaster management in Iran and Her second master’s in European studies in Territory and Urban Development at Lille university in France. Her master’s thesis were focusing on Disaster Management and Urban Resiliency subjects. During her times of studies, she worked on other urban issues such as Urban Energy, Environmental Sustainability, Smart city, and Urban Tourism.