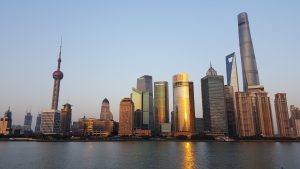 The JDS main goal was the redevelopment of Gong Chenqiao district, a historical part of Hangzhou city. The site includes the area enclosed between the Grand Canal, main road infrastructure and new residential areas. In addition to the historic residential area, it incorporates a commercial center and some traditional museums.

In particular, the students were called to deal with the urban scale in order to analyze and understand the site’s opportunities, disadvantages and constraints and to propose appropriate re-qualification, development and revitalization strategies of the area from a cultural and tourist point of view. In addition, the students were confronted with the building scale as they were also called to design a 3,000 square meter building as a new driving element to attract tourist.

The structuring of the JDS involved the following phases: